Difference Between Jpeg and Jpg

If you are not sure which of the image extensions you should be using, don’t worry. It isn’t quite as hard to figure out as you may think - There is no difference other than the file extension name. 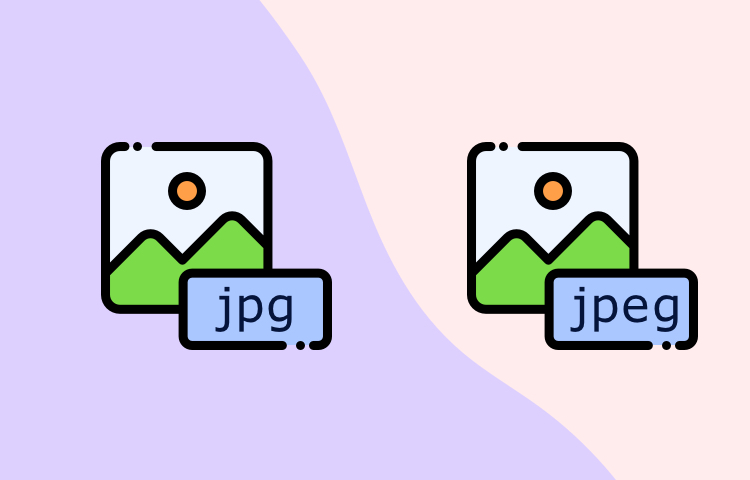 There is no doubt that you have seen both image extensions JPG and JPEG and scratched your head. It’s a fairly common reaction to what seems to be a puzzling set of dot something-or-others.

If you are not sure which of the image extensions you should be using for whatever project you are trying to complete, don’t worry. It isn’t quite as hard to figure out as you may think.

The difference between JPG and JPEG is well, there isn’t a difference.

Now that we have that out of the way, let’s take a closer look at both and discuss JPG vs JPEG as the extensions are written as that is the only difference here.

The JPEG file extension dates back to 1992 which was when the ISO standard was first released. The letters form an acronym that stands for Joint Photographic Experts Group. Now you know why saying J-Peg is so much easier.

But what exactly is a JPEG? Sure, it’s an image file but in the digital world, a JPEG is a bitmap compression format that permits the compression ratio to be adjusted. In other words, you can change the size of the JPEG file which could come in handy when you are concerned about storage space on a hard drive or thumb drive.

Compression will impact quality, and each time you edit a JPEG file and re-save it, you are losing more quality, as minor as it may be. Photo editing with the RAW JPEG file reduces this.

For starters, it’s shorter. Sure, maybe by just one character, but it is shorter. Still, it gets pronounced as J-Peg, so that’s a bit confusing. So why bother with a shortened version of the same file extension? Well, you can thank Windows for the creation of JPG.

It goes back to the days of Windows MS-DOS 8.3 and FAT-16 file systems that only understood three-letter file extensions so JPEG became JPG.

It is interesting to note that although Windows and DOS had the three-letter limitation, UNIX and MAC didn’t so both JPEG and JPG became the standards for image files depending on which operating system you were using.

Related: How to Optimize Images for SEO

More recent versions of Windows can understand extensions with more characters but JPG is still JPG due to usage by Windows operators and compatible photo editing programs.

But not all photo editing programs. For example, the default that Adobe Photoshop uses is JPEG but you can still change it back to JPG if you have a problem with seeing the letter “E” in your saved file list. And, hey, that’s okay. Work with what you feel most comfortable with.